The Capital Hearings® have been entertaining audiences large and small since 2010. From sold-out concerts and embassy soirees to holiday caroling, Capitol Hill flash mobs and roller derby bouts, the group’s wide-ranging repertoire of classical favorites, vocal jazz, and contemporary arrangements has established it as Washington, D.C.’s most versatile a cappella ensemble.

Having spent years honing their skills in historic college glee clubs and award-winning vocal ensembles, the group’s members have performed with prominent D.C. choruses, sung at Carnegie Hall, and been featured soloists at the Kennedy Center. They are music teachers, professional church choristers, lead singers of rock bands, conductors, arrangers, beat-boxers, and scat-masters.

Performance highlights include concerts at the Kennedy Center, Strathmore, Atlas Performing Arts Center, and Maryland Hall for the Creative Arts, as well as appearances in prominent Washington venues like the Smithsonian American History Museum, National Gallery of Art, National Portrait Gallery, Phillips Collection, U.S. Botanic Garden, and on Capitol Hill. In 2015, the ensemble’s self-produced concert, Spark of Genius – Technology + Innovation was recognized by the D.C. Commission on the Arts & Humanities through a City Arts Project grant.

The ensemble’s debut album, Opening Statement, was selected as a Pick of the Year for 2013 by the Recorded A Cappella Review Board, received multiple Contemporary A Cappella Recording Award nominations, and was praised by Pulitzer Prize-winning composer Zhou Long and Grammy Award-winning choral director Norman Scribner. The ensemble has also been nominated for multiple Washington Area Music Awards (the Wammies).

Please explore this website for details about our members, audio clips, press highlights, and other information.

The mission of The Capital Hearings is to engage our community through innovative performances, rooted in a shared commitment to artistic excellence, that connect disparate styles of vocal music.

The Capital Hearings® are a 501(c)(3) non-profit organization and are proud to be an Ensemble in Residence at All Souls Memorial Episcopal Church in the Woodley Park neighborhood of Washington, D.C.

The Capital Hearings are funded in part by the D.C. Commission on the Arts & Humanities, an agency supported in part by the National Endowment for the Arts. We are also proud members of Chorus America and the Contemporary A Cappella League. 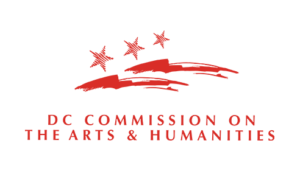